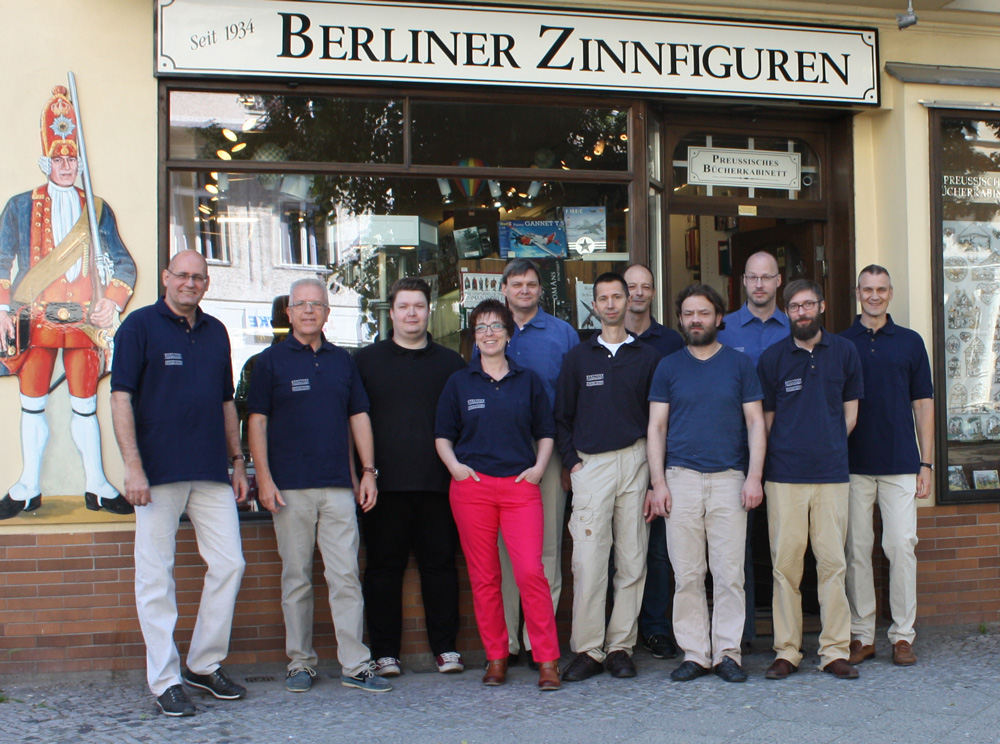 Editor and producer of tin figures (flats). We sell all types of metal miniatures as well as literature dealing with social and military history. We have designed, developed and produced approximately 1,000 different series of tin figures with themes ranging from prehistoric times to the present. We also have available thousands of figures from many periods of history for collectors and fans of historical miniatures.

The company´s founder, Werner Scholtz (1904-1976), commenced his own production of tin figures in 1934 in Berlin. Since 1976 the business has been run by his son, Hans-Günther Scholtz. In 1934, the first shop was opened in Berlin-Charlottenburg and was called "Werner Scholtz, Fachgeschäft für historische Zinnsoldaten" (specialising in historical tin soldiers). In 1937, the company moved to Potsdamer Platz in Berlin and was renamed "Werner Scholtz - Herstellung historischer Zinnfiguren" (manufacturer of historical tin figures), but this shop was destroyed by bombs twice in 1944/45. In 1950, a fresh start was made in Berlin-Charlottenburg as a mail-order business. In 1968, the present shop was opened in Knesebeckstrasse in Berlin-Charlottenburg. Ever since, the world-famous "Kabinett der Berliner Zinnfiguren - Werner Scholtz" (Cabinet of Berlin Tin Figures) has been based here and supplemented by an extensive range of literature from the bookshop "Preussisches Bücherkabinett" (Prussian Book Cabinet). In 2009, the "BERLINER ZINNFIGUREN - Werner Scholtz" celebrated 75 years in the business.

We buy collections of tin figures (all types and age) and military books. We sell round figures and moulds for tin figures. We publish two catalogues annually which can be sent on request.
Copyright © 2021 Berliner Zinnfiguren & Preussisches Buecherkabinett
Berliner Zinnfiguren, Knesebeckstr. 88, 10623 Berlin, Germany
Phone 0049 (30) 315 700 0